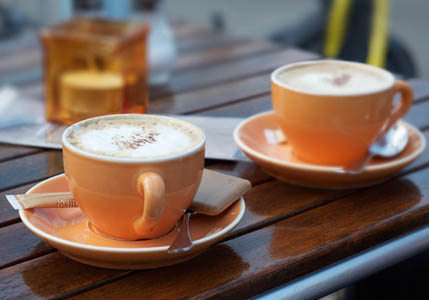 I have voted Republican.  I have voted Democrat.  I have voted for the same candidates as my husband.  I have voted for different candidates than my husband. In our house, we listen to each other, respect values that we each hold dear and encourage each other to vote how God is leading even if we see it differently.  In all of my votes, I vote for my values, the things that I wrestle with seeking to align myself with God’s values, and then I do my best to make sure that what I hold most dear is represented in my vote.  I can openly say that this year, I had hoped for a better candidate to represent my party.  She was not my first choice and I voted in the primaries for the man who I believed was the better candidate.  My party decided that she was the best candidate and then I wrestled with how I would vote.  I openly disagreed with some of her ideas and bad decisions.  In the end, I voted for the things I hold most dear.

When Barak Obama was elected in 2008, fear gripped the hearts of many Americans.  Many saw the America that they loved slipping from their hands.  Many believed Obama would lead us so far left of liberalism that they threatened to leave our country.  Many believed Obama was the Anti Christ written out for us in the Left Behind Series.  False information spread and many ate it up like candy at Halloween.  Today, many Americans fear for our country.  Many Americans see the American that they love slipping from their hands.  I have even read Americans calling President Elect Trump a fascist who will lead our country into the next Hitler’s Germany.  Many Americans fear those who voted for him and call them names.  Fear.

We could sit here and say, “Well, they did this all 8 years of Obama’s Presidency,” and justify fear based remarks about our next President.  Let’s rise above that.  However you may justify those remarks, let us remember the very wise Sufi saying

Before you speak, let your words pass through three gates.

At the first gate, ask yourself
‘Is it true?’

In our country this is a question we have to ask ourselves over and over again.  President Obama in a recent interview said that it is too hard for the average American to figure out what is true.  He urged us all to find a reputable newspaper and buy a subscription.  We are taking this call to action seriously in our household.

At the second, ask
‘Is it necessary?’

I think this one is crucial.  I struggled with this one in writing this blog.  Is what I have to say necessary?  I wrestled with this a whole day and then I sat down to write believing that what I had to say was necessary and would contribute to thoughtful conversations.

How can we unify as a people if we continue the mudslinging that has happened on both sides?  We cannot lump people into a “basket of deplorables.”

I do not have a theology based on fear and so I cannot speak fear.  On Tuesday night and Wednesday morning, I had to remind myself of this as I greeted my beautiful children who asked who is our new President.  I cannot live in fear because Love makes no room for fear.   My theology is that Love Wins, Truth Always Shines Brighter in the Darkness, and My God is Bigger.  And Our Words Matter.  And right now even more, our Listening matters.  Glen Beck who I have never been a fan of said it best when he said, ” He said no matter what happens, it’s imperative to meet with people he disagrees with to ask them earnest questions about what they believe.”

This is imperative.  Eight years ago, I laughed behind closed doors at my Christian friends who came to me with fears about Obama being the Anti Christ because they believed the Left Behind Series.  I did not listen to their hearts cry and so I did not have the opportunity to speak truth or to offer well founded hope.  Now, more than ever, I believe I need to choose a different way.  I need to listen.  I need to seek common ground with those who voted differently.  I need to see Jesus in their eyes.

This revelation happened for me a few months ago.  Before that time, I could not understand how Christians could vote for Donald Trump. I was angry and fearful at the state of America and the state of our churches.  Then, I met with a women over coffee.  We met to brainstorm about an event that we were working on together.  This woman is someone who I look up to.  I admire her journey with God and how close she seeks to follow the ways of Jesus.  I hear her words as words of love and acceptance for all God’s people with no exceptions.  I see her actions as working to bring about the Kingdom of God on this earth.  AND SHE VOTES DIFFERENTLY FROM ME

We diverged from talking about our event and began sharing our different views and what values we hold dear.  She shared wrestling over how to vote although her whole life she voted one way.  I shared my concerns as well.  As I looked across the table, I did not see someone so very different from me.  Listening changed me.

Let those of us who lost this election be the first ones to invite someone different from us to have coffee and just listen.  Maybe then we can begin to see signs of real change.